ISA » Comunicados » Wayuu communities receive the Sararao module of public tanks in operation, as part of the Guajira Azul program

Wayuu communities receive the Sararao module of public tanks in operation, as part of the Guajira Azul program

·The National Government has handed over three modules of public tanks: Casa Azul, Windpeshi and Sararao.

· The facilities were built with contributions of ISA INTERCOLOMBIA.

Guajira Azul is the most important social transformation program in La Guajira. This program has been winning the battle against the lack of access to potable water and sanitation in the department, through the implementation of actions and the achievement of results. An example of this is the commissioning and official handover of the Sararao module of public tanks, which benefits 7.770 inhabitants of 81 Wayuu communities in disperse rural areas of the Maicao municipality.

“Access to potable water is key for the evolution of our communities. Therefore, Guajira Azul is a cause that the Ministry of Housing has supported to make it into a national example. We have benefited 529.748 persons in two years, by completing 17 projects amounting COP 107.901 million. This increased aqueduct coverage in disperse rural areas in Alta (High) and Media (Mid) Guajira, going from 4% in 2018 to 19,4% in 2021. It has also increased the continuity of potable water service in urban areas from 9 to 11,8 hours per day”, Jonathan Malagón, Minister of Housing, City and Territory, said.

The minister informed that 24 modules of public tanks are planned for rural areas of Alta (High) and Media (Mid) Guajira. “With Sararao, three (3) modules have started operations: Casa Azul, which was inaugurated in February 2019, benefiting 12.478 inhabitants, Windpeshi, which was handed over in February 2021 to benefit 3.002 Wayuu natives and Sararao, which starts operations today to improve the quality of life of 7.770 Guajira inhabitants more”, he said.

The senior government official explained that the Sararao module of public tanks consists of five sets of tanks: Sararao, Majayulumana, Masamana, Ulain, and Orroko. They were built with contributions of close to COP 4.100 million of works for taxes of ISA INTERCOLOMBIA.

“We are proud to handover a project that contributes to the well-being and quality of life of Wayuu communities. This project is in line with the comprehensive management of ISA Group, bringing together the expectations and concerns of vulnerable communities and respect for ethnic and cultural identity, supporting transformations that create sustainable value. This way, we contribute to closing the socioeconomic gap of such an important region for the country as La Guajira”, Bernardo Vargas Gibsone, ISA CEO, said.

The Deputy Minister of Water, José Luis Acero, emphasized that the modules of public tanks have had a great impact on the community. “Historically, the Wayuu community drank water from wells that collected rainwater and natural ponds located up to 8 hours distance from their homes. Besides, these communities did not have water during droughts. Now they fill up their plastic tanks in the modules and take them home, implementing social management that ensures the participation of communities through independent spaces, with a component of training and strengthening of community skills. This is a real transformation”, he explained.

The Deputy Minister added that the well where water is collected for the Sararao module had an additional investment of more than COP 316 million with resources from the Chancellery and the General Participation System (SGP) through the PDA. An associative model was implemented for the module’s sustainability to have access to municipal subsidies.

“A special interinstitutional interaction was developed around this module, with a strong strategy of community socialization. For example, together with the ICBF (Colombian Family Wellbeing Institute), the Unidad Comunitaria de Atención (Community Service Unit) was built, benefiting 50 children. Likewise, UNICEF with the support of ZOA, its implementing partner, built dry sanitation units for the Centro Educativo Indígena N° 2 of Sararao. Moreover, through Acción Contra el Hambre (Action Against Hunger), resilience and response capacity of Wayuu communities facing climate variability are strengthened, with the implementation of a community vegetable garden. Also, in the livestock area, hens and chicken sheds are provided to the community and community committees are being organized”, Acero concluded.

ISA achieves 14,4% more income compared to the same period of 2021 and grows its committed investments by more than 40% for the next 5 years

Moreover, in the second half of the year, ISA and its companies obtained a growth in operating revenues of 14,5% and EBITDA reached COP 2,2 trillion, 10,1% more than in

ISA CTEEP and TAESA put into operation Paraguaçu, a project that connects the northeast and southeast regions, allowing the flow of renewable energies to Brazil’s major consumption centers. The project, 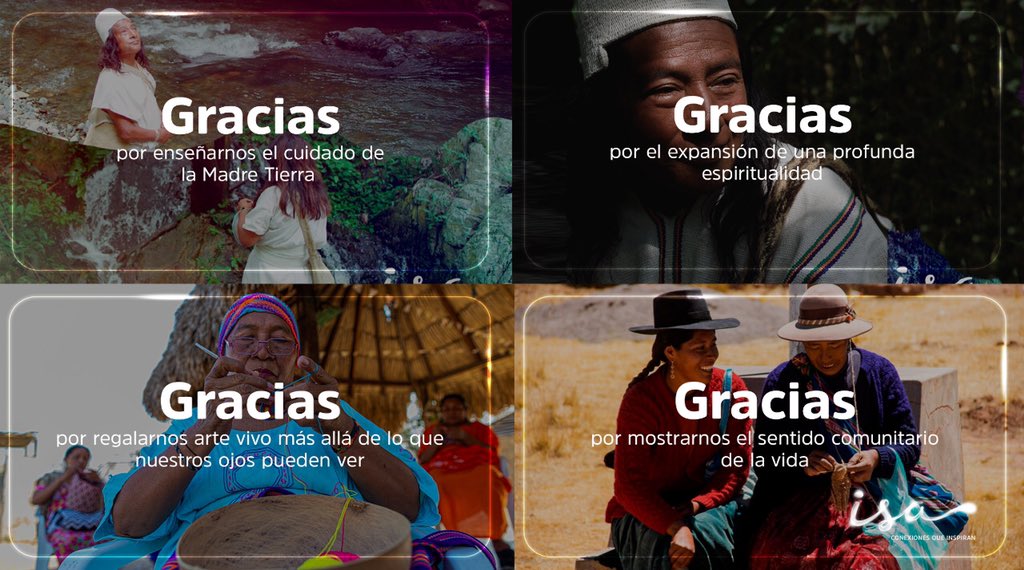